SpringWorks | The co-driver of your strategy 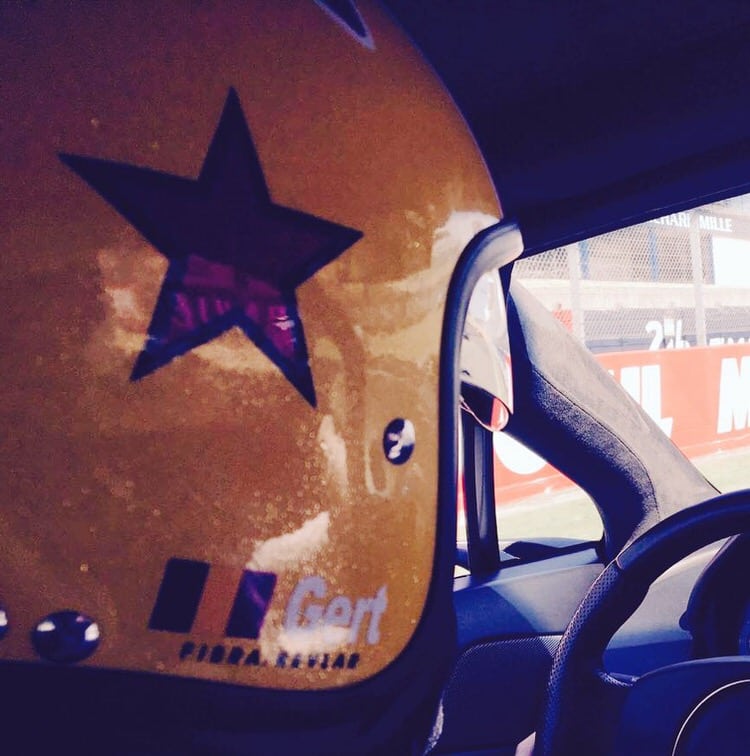 The eyes riveted on its objective…

Passion is the most powerful force in life: it attracts, it drives, it motivates, it propels. If I use this term, often applied to the automobile, it is because passion has been the driving force of my professional life. I am one of the few fortunate people who have managed to combine passion and profession throughout my career in the automotive sector, or even today in my life as an entrepreneur.

Passion is the most powerful force in life: it attracts, it drives, it motivates, it propels. If I use this term, often applied to the automobile, it is because passion has been the driving force of my professional life. I am one of the few fortunate people who have managed to combine passion and profession throughout my career in the automotive sector, or even today in my life as an entrepreneur.

From my first steps as a driver, and then during various experiences as an amateur driver, I realised that driving is as much a question of natural ability as of applied technique.
Several steering techniques apply to entrepreneurship, driven by concentration - or "focus", anticipation and coordination.

Focus
The event that literally opened my eyes was in the fall of 1995, when as a young student I was invited to a driving course. The exercise was simple: in a sedan equipped with smooth tires, accelerate to a moderate speed (50km/h) on dry ground, then maintain a straight and linear trajectory to cross the slippery area (wet and soaped ground for the occasion). To indicate the right direction, a bollard at the end of the zone, a real focal point.

Easy... until you experience the first skid and your eyes drift away from the goal (the bollard)... and the vehicle skids, first gently but then - under the impulse of hasty and disproportionate reactions (panic, you know) - more violently.

A great lesson in humility (3 attempts, 2 strikes) and cerebral technique - unconsciously the hands on the steering wheel follow the direction of the gaze - this also explains why a vehicle can hit a 30cm diameter post spaced 30m apart - the eyes stare at the post and not the space between the posts.

Lesson #1: keep your eyes on the lens in all weathers, and despite unexpected and sometimes violent distractions.

Anticipation
Fast-forward to the 21st century, with the wisdom of age, and a few track days (without leaving the track...), I have taken several driving courses. Even if it is above all a question of seeking the performance of piloting, and not necessarily the driving in safety, the magic formula starts with a key ingredient: the glance.

Everyone can go fast in a straight line, it's in the corners that you make the difference: aim for the rope as soon as you enter the corner, then the exit of the corner as soon as you touch the rope. This allows you to project yourself, to anticipate your actions in order to go as efficiently as possible towards your goal. 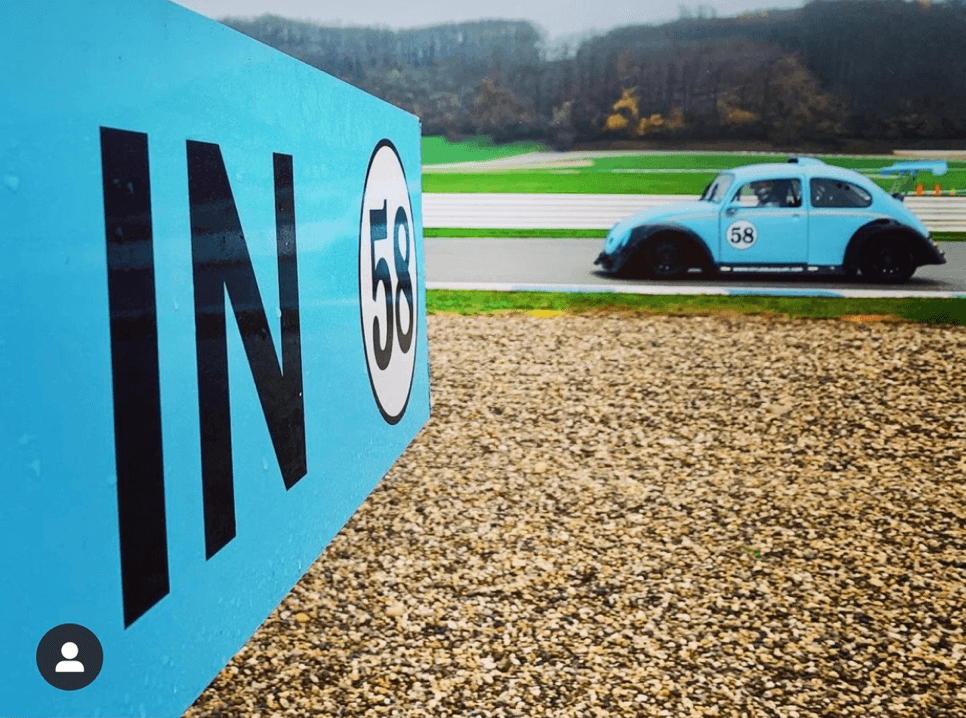 Lesson #2: Always be one step ahead of the game to determine what to do next.

Coordination
Whether it is during another safe driving course, or during a circuit driving course, the approach is the same and the execution complicated: the eyes provide the information to the brain which determines the actions to overcome the obstacles and/or turns efficiently. Observation is useless without appropriate action - braking, downshifting, turning, accelerating - and without constant concentration and reflection. For example, before taking these actions, you must be aware of the angle of the wheels, the distribution of the masses, the state of the track, ...

Lesson 3: Coordinate all actions to avoid pitfalls and move towards the goal as efficiently as possible

In the end, the entrepreneur is the man or woman at the wheel who sets the course of his or her vehicle - his or her company - in complete safety, avoiding the pitfalls of the road, and moving forward as a unit towards his or her vision, his or her goal.

The eyes riveted on its objective...

You should never rest on your laurels, let your concentration drop, go into "automatic pilot" mode. Every lap is different and requires an adapted reaction. I proved this during the last race, an endurance race where I had the honour and pleasure of leading the last stint. I was firmly in the lead (45 seconds ahead of the second team) and I just had to manage my lead until the chequered flag.

Not without a certain amount of pressure not to let a victory slip away from my team-mates, I was especially apprehensive about the first corner at the exit of the pits: a hairpin with heavy braking. The first obstacle was successfully overcome with a great deal of relief, and even relaxation, as I spun out of the same corner (the lead was everywhere else, except in this corner), leaving 30 seconds in the adventure.

I took the chequered flag first, the victory was there at the end of the countdown, but I can assure you that I was shaking during the last few laps, from fear and irritation.

Lesson 4: never let up, never deviate from your goal - the race is only won when the chequered flag falls...

For the fans - of motorsport and/or entrepreneurship - here is the third part, and the second bonus, of my experiences and lessons. Given the very positive reactions, I decided to add a third bonus, but for that you'll have to wait until next week... In the meantime, I hope you will enjoy these few lines. Don't hesitate to share your experiences in the comments.

A final anecdote from one of the most accessible and thrilling experiences of driving a real race car on a real track, all in a mythical setting.

The first session was a disappointment - impressed by the beautiful surroundings, intimidated by the power of this monstrous car. Too cautious, my driving was simply off the mark, ignoring all the lessons I had learned and practiced many times before. This frustration was above all the awareness of a missed opportunity, of not having gone all the way, of not having been up to the task.

Lesson 5: Stay focused and confident in your ability to act and react to achieve your goal

Following the numerous reactions to the previous articles on the parallels between my lifelong passion - driving - and my current profession - entrepreneur - here is a new episode as an epilogue. Let's go, one last one for the track... and not the least.

Four hands on a steering wheel doesn't sound very efficient, quite the contrary. Indeed, you only need one pilot at the controls, but having a second pair of hands - virtual ones - changes everything.

Having a co-driver in the car next to you is like having an ally who brings expertise, who observes with a neutral eye. This allows you to fine-tune your approach, to learn from your mistakes and to improve your performance - an accompaniment of considerable value, like an accelerator (of necessity...) of progress.

I followed several driving courses, on several cars and several circuits, allowing me to build my experience, and to focus on the basics, on the efficient techniques. I had the chance and the pleasure to learn from some big names: among others, the coach who trained the last French driver to win in F1; or an endurance world champion.

Having the latter, Xavier Pompidou, screaming through his helmet, with his trademark eternal smile, to get me to put all my weight on the brake pedal, that's something, I guarantee you. To let yourself be led through the turn by a competent expert, and "just go for it" with confidence and intelligence, frees your thoughts and opens your eyes to your potential.

Then letting myself be guided by Xavier's gesticulation so that I accelerate progressively, in harmony with the alignment of the front wheels - produces the most beautiful smile, and the assurance of having carried out this project, and the pride of having progressed towards a powerful and efficient driving.

All in all, such professional guidance facilitates awareness, the first step to every improvement, allows to raise one's level, to complete and develop one's skills.

This is the co-pilot approach that I offer to entrepreneurs and business leaders - a true accompaniment from the passenger seat, together throughout the journey.

Marketing Strategy|
Page load link
By continuing to browse this website, you agree to the use of cookies to ensure its proper functioning, but also to compile visit statistics (Google Analytics) Settings Ok

By unchecking the box, you refuse Google Analytics tracking. To save this choice, you agree that the cookie called "privacy_embeds" may be placed in your device for a period of time that does not exceed 3 months.
Go to Top